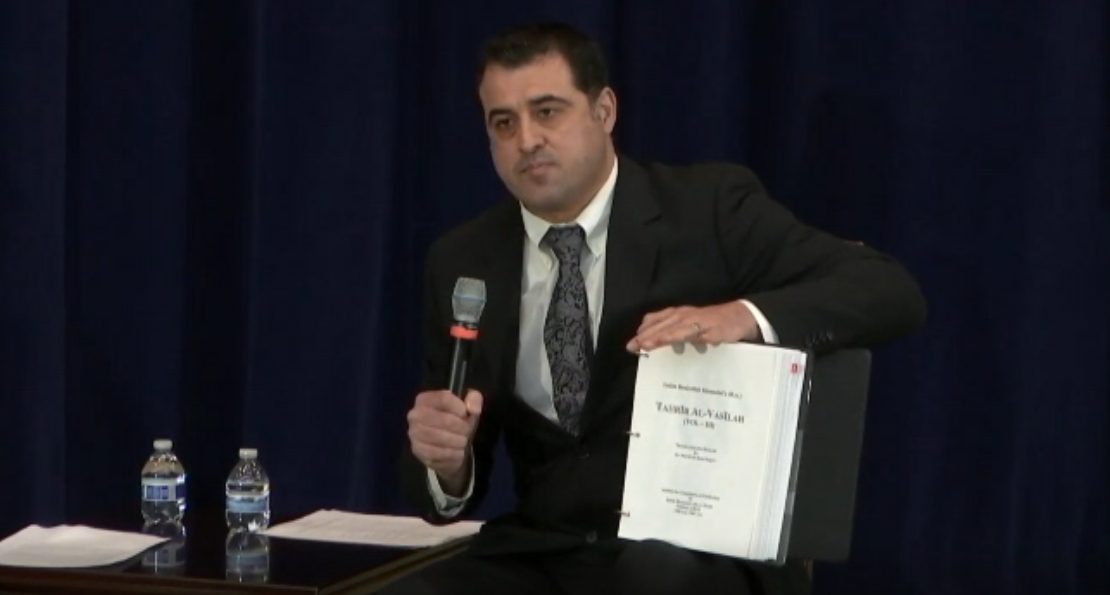 The Secretary of State, Mike Pompeo, hosted an event at the State Department on human rights in Iran on December 9, 2019 and I gave a speech there regarding human rights violence in my motherland and my personal experience in of Iranian regime prison during a decade of imprisonment.
Secretary Pompeo delivered brief remarks and announced new actions in support of the Iranian people, including issuing sanctions and restricting visas for the Iranian officials involved in the abuse and killing of peaceful protesters. He said, “Thugs killing people’s children will not be allowed to send their own children to study in the United States of America.”
He also said two Iranian judges, including Abolqasem Salavati, who sentenced the American graduate student named Xiyue Wang to a decade in prison were hit with United States sanctions on Thursday.
Although this type of sanction is very good and helpful to the Iranian regime, I believe the most important consideration should be a major campaign to inform public opinion about the Iranian regime’s ideology, mentality, and its goals. Non-Iranians need to know about Ayatollah’s declarations and why people are against them. They need to know why people are ready to die opposing the Ayatollah’s “teachings”. Non-Iranians have a right to see the dark angels of the Islamic Republic’s ideology.
Hence, I started the speech with a brief history of my experience in Iranian regime’s prison. I also talked about how the Islamic Republic exports its values to other countries, which is one of the main duties of the Islamic Revolutionary Guard Corps . I then unveiled “Tahrir al-Wasilah” to the audience. It’s one of the famous books of the former supreme leader of Iranian regime and the great architect of the Islamic Republic of Iran, Ayatollah “Ruhollah Khomeini”.
Tahrir al-Wasilah is the main source of the current Islamic rules in Iran and it is part of the centuries-old tradition of commentaries on Islamic jurisprudence (fiqh), including Ayatollah Khomeini’s commentary on socio-political issues such as jihad, ordering good and forbidding evil, sexual relationships and other Islamic jurisprudence problems.

I chose a section of Tahrir al-Wasilah and made it accessible for the State Department event’s attendees, describing Khomeini's “truth”. Khomeini is the person that the current Ayatollah uses to bolster the regime, using his dark ideas and trying to depict a holy image of him. In truth, thousands of people have been executed by his direct orders starting hours after the Islamic revolution prevailed.
The point of my speech was that when I asked Ms. Morgan Ortagus, the spokesperson for the United States Department of State and Maziar Bahari, Iranian Canadian journalist, they both avoided reading Khomeini’s written words to the audience. To those people who were seeking to know its illegible content, I divulged Khomeini’s suggestions to his followers in Part 3, Page 229, Problem 12 of this volume that they can have sexual pleasure with an infant female.
I know it’s hard to believe and accept, but it’s the truth. The former supreme leader of Iranian regime and the great architect of the Islamic revolution said: “A man can have sexual pleasure from a baby. However, he should not penetrate vaginally, but sodomizing the child is acceptable. If a man does penetrate and damage the child then, he should be responsible for her subsistence all her life. This girl will not count as one of his four permanent wives and the man will not be eligible to marry the girl’s sister… It is better for a girl to marry at such a time when she would begin menstruation at her husband’s house, rather than her father’s home. Any father marrying his daughter so young will have a permanent place in heaven.”

The public must know that formal study of Khomeini’s despicable writings are highly valued by the Iranian regime and made mandatory, for-credit courses for students in all fields of study. For more details, watch my speech. The English version of Tahrir al-Wasilah is also available from Amazon.com. Online Persian versions are available. Also may also download the PDF of Tahrir al-Wasilah (English-Arabic Version) from here. The mentioned content is in Part 3, Page 229, Problem 12 that you have accerss to that from here. Lastly, the Library of Congress also has this offensive volume using information from this link.

My speech at Department of State and unveiling Khomeini's shameful written. 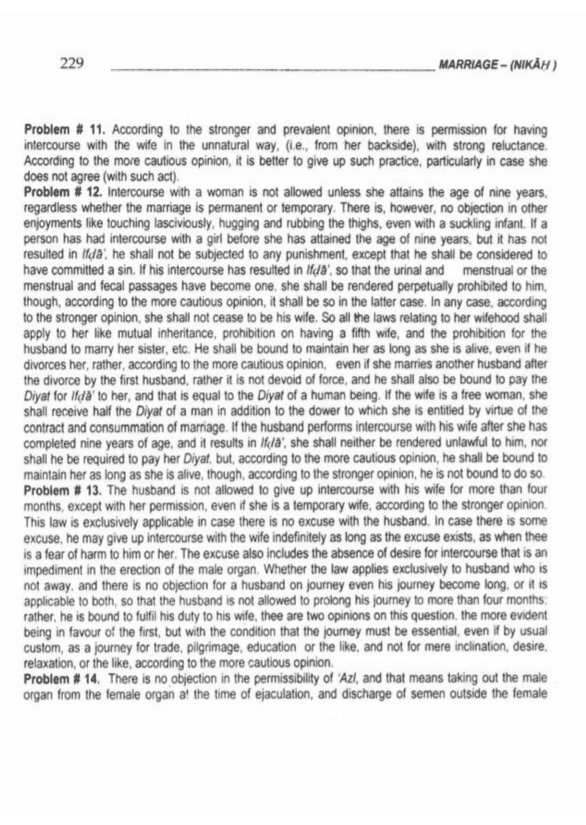