A Message for Ahmadinejad 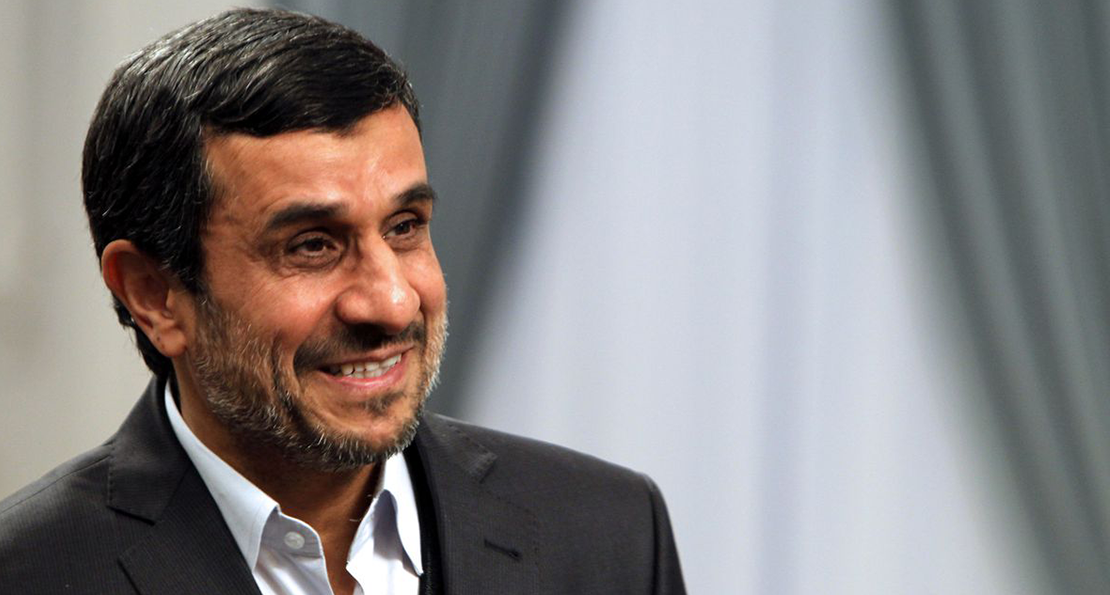 This week, Iran's President Mahmoud Ahmadinejad will address the United Nations General Assembly for the sixth year in a row. As he strides toward the podium to deliver yet another rambling, hate-filled speech, Iranians will grimly reflect on the entrenchment of the clerical regime that has ruled them since 1979.

The contrast with other countries in the Middle East where long-established dictatorships have finally been overthrown -- most obviously Libya and Egypt -- leaves Iranians with a distinctly bitter taste. After Ahmadinejad stole the presidential election in 2009, Iranians took to the streets in exactly the kinds of protests that have ricocheted around Arab countries this past year.
Yet there is no "Iranian Spring" to speak of. Instead, we have endured a cruel and seemingly endless winter. That stark reality is what enables Ahmadinejad to travel once again to New York, wearing his presidential hat.

New York is an annual ritual Ahmadinejad looks forward to. The U.N. indulges his fantasies of being a world statesman, and he gets a vacation from the internecine rivalries and political intrigues that have become a hallmark of the Iranian regime.

Most of all, he relishes the opportunity to pontificate in the presence of academics and opinion makers. Last year, for example, a group of Yale University students held a question and answer session with Ahmadinejad in New York. The students were led by Hillary Leverett, a Yale professor who, a few months before, authored an article with the title,"Ahmadinejad Won. Get Over It." Even the dullest of minds can imagine the obsequious tone of that conversation.

Away from the bosom of the Ivy League, Ahmadinejad can give an interview to one of the many broadcasters eager to repeat his past tete-a-tetes on the major networks. Should the interviewer pitch an adversarial question, Ahmadinejad can be relied upon to smile and take a swipe at Israel or America in response.

And let's not forget the extremists of various hues seeking photo opportunities.

Past recipients of Ahmadinejad's embrace include the Nation of Islam, along with a tiny sect of ultra-orthodox Jews whose hatred of Israel leads them to consort with a Holocaust denier, and a bewildering range of organizations claiming to be "progressive." In 2010, we were treated to the spectacle of "Code Pink,"a group of self-proclaimed feminists, exchanging pleasantries with the president of a country that punishes women convicted of adultery by stoning them to death!

Ahmadinejad's most well-known encounter with the U.S. elite was back in 2006, when he appeared before a packed audience at Columbia University at the invitation of its president, Lee Bollinger. He may get a second opportunity this year, if the reports of an intimate dinner with students under Columbia's auspices turn out to be true.

All these gatherings have one feature in common: Iranian dissidents like myself are nowhere to be seen. Every September for the last six years, I've been waiting for an invitation to sit with Ahmadinejad in person, so that I can tell him about of my experiences in the prisons of his regime.

In 1999, I was one of thousands of students who took part in pro-democracy protests in Tehran. I ended up on the front cover of The Economist magazine, in a photo that showed me waving the bloodstained shirt of a friend of mine who'd been shot. At the end of my trial, the sentencing judge told me that because of this image, I had signed my own death sentence.

I'd ask him how he feels about the permanent scars his regime has left on my body and soul. I'd ask him if he can understand the pain I felt earlier this year, when I learned that one of my former cellmates, the noted Iranian writer Siamak Pourzand, had committed suicide, rather than live one more day under clerical rule.

I don't expect to meet Ahmadinejad this week. Yet I will pose those questions at a summit that brings together human rights defenders from the most repressive states in the world -- China, Cuba, North Korea, Zimbabwe, and Iran's close ally and imitator, Syria.

Convening at a location just a few blocks from U.N. headquarters in New York City, we will overcome the feelings of isolation and loneliness that haunt political prisoners even after they taste freedom. We will pool our combined experiences into a human rights declaration for the twenty-first century. Buoyed by the clamor for democracy around the world, we will put those tyrants who cling to power on notice.

It is in that spirit of freedom that I offer Ahmadinejad the following advice. Make the most of your visit to this wonderful city, whose symbol is the Statue of Liberty. It may be your last.
Ahmad Batebi is a leading campaigner for human rights in Iran. After escaping from Iran in 2008, he was granted asylum in the United States, where he now lives.