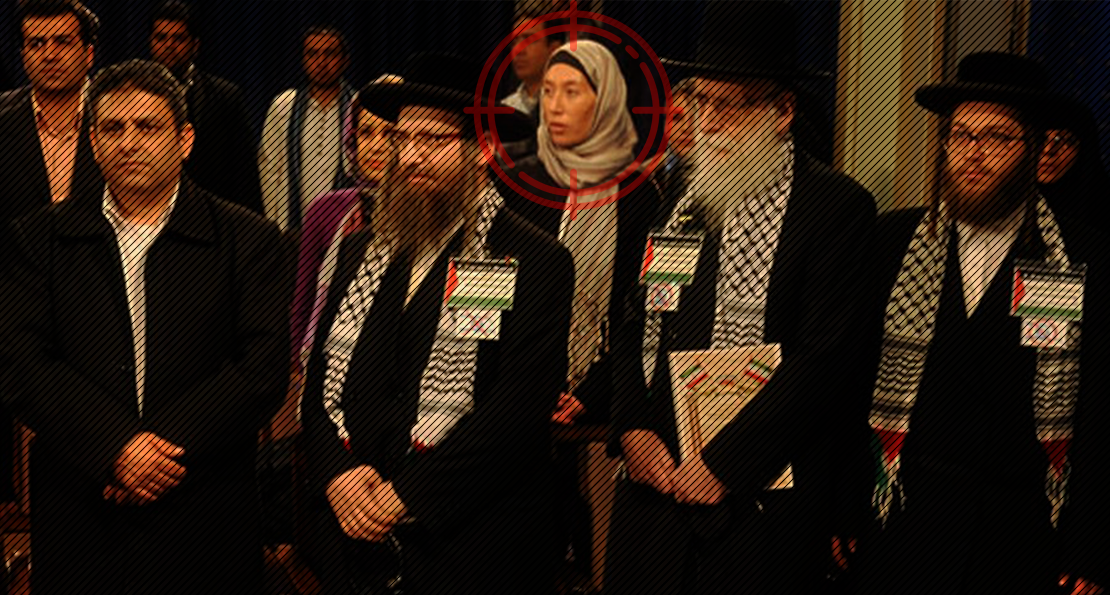 Monica Elfriede Witt, a counterintelligence officer who worked for Air Force, is accused of defecting to the Islamic Republic of Iran since 2013 and was recently indicted by the Justice Department. According to sources she has been helping the IRGC cyber army for years to target her former colleagues in betrayal of her own country.

I fled the Islamic Republic in 2008 and sought refuge in the US, but the fact is in my heart I always felt like being an American long before I leave my homeland. I was brainwashed by what the Islamic regime in Iran fears the most: The American culture or as the regime calls it "the pleasures of corrupt culture of the decadent West".

I was brainwashed by the music of Metallica, movies of Francis Ford Coppola, moves and tricks of Michael Jordan on the Basketball court and I loved Nike, Kentucky Fried Chicken and Cadillac.

Now having experienced all of that, I am looking at the case of Ms. Elfriede Witt and I can safely say I feel like our stories have things in common.

To get a job as a counterintelligence officer, one has to go through several clearances and the security apparatus must have been convinced that she can be trusted. They gave her several missions in Iraq and Afghanistan and she delivered in all those missions. Then she mysteriously and suddenly defects to Iran.

It is obvious that she has been contacted by the Iranian regime long before her defection. New York times reports that she was invited the the IRGC to attend a conference called "Hollywoodism", but the IRGC do not send invitations to random people. They knew who they were inviting, because they have been brainwashing her for some time. You do not wake up one day and decide to change your allegiance. It takes time and a lot of convincing. It requires a lot of soft power. The US soft power has been a factor for many immigrants to migrate.

I am deeply concerned about this matter because as a frequent target of the Islamic regime's cyber army, I am familiar with the level of sophistication and the scale of their Human Resources and logistics. As an expert, I have sources who warn me about the level of anti American activities of the Islamic Republic sympathizers and their acolytes in the US, especially in California and Washington DC. These acolytes are the ones who have been working on cases like Ms. Elfriede Witt: mapping and identifying US operatives in the region, approaching them and finally luring them into their web.The Islamic regime acolytes in US enjoy the liberties of this country. Thousands of Islamic Republic sympathizers are living and working in the US with dual citizenship; entering the country as students or business men and women or under the disguise of journalism. The Islamic regime has over 40 diplomats in the US, hundreds of employees and volunteers working under the disguise of charity centers or cultural centers and top Iranian officials are said to have their children living in the US as students. At the same time, the US does not and can not have a single personnel inside Iran, Iranian Americans are frequently being detained inside Iran, the Islamic regime does not tolerate any sort of western culture endorsing and cracks down on academic exchanges between the two country.

As long as the US is willing to let the Islamic operatives move freely inside the US, I will not be surprised to learn about more cases of defection. The US can and shall retaliate but the fact is the US desperately lacks the personnel who know both cultures well and know their allegiance better. With all due respect to US schools, they are incapable of training students who can compete with Iranians, Russians and Chinese in their own turf. The US also shall utilize technology, namely artificial intelligence, to map and identify the Islamic regime operatives online and offline.

Recently I have been given the opportunity to work with a proprietary A.I. algorithm online analytics tool. The software is capable of scanning the Farsi online sphere and can identify top online Macro and Micro influencers in 15 different languages. A quick scan in the Farsi speaking top social media influencers reveals that non of the US government funded outlets are among the top 100. In fact some of top Farsi influencers online seem to be sympathizers of the regime or at least are against the US policies towards Iran.

Utilizing Artificial Intelligence and benefitting from regional experts who are not born and raised in the US, will give the US the chance to think more like the enemy.

As long as the US relies solely on US born and raised Human Resources and the enemy program to map US intelligence apparatus is not neutralized, the enemy is going to surprise us.