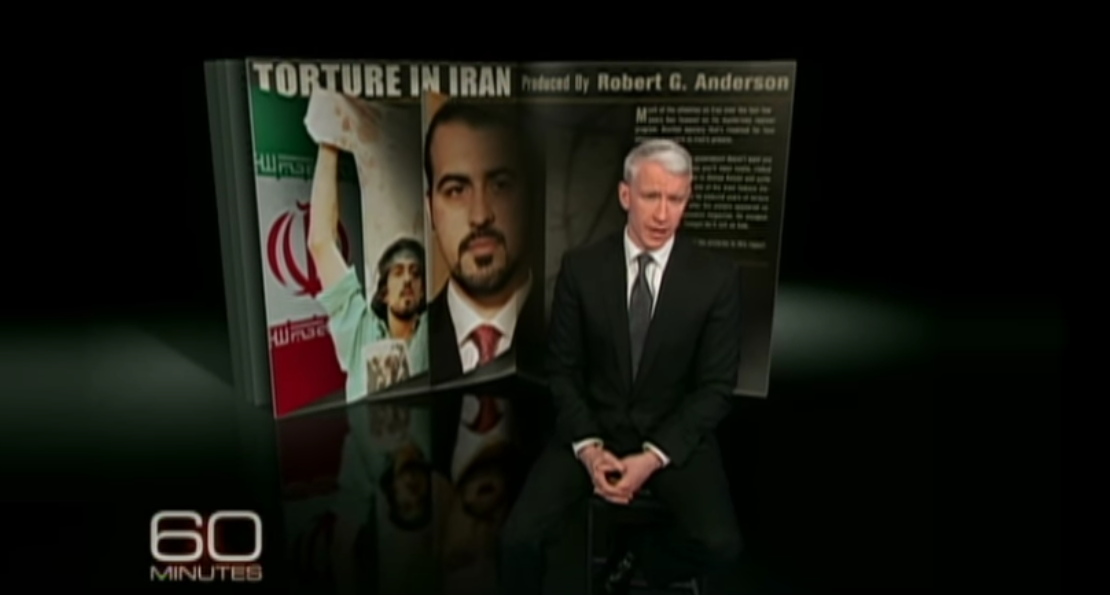 Much of the attention on Iran over the last few years has focused on its mysterious nuclear program. Another mystery that has received far less attention is torture in Iran's prisons.

It's a story the Iranian government doesn't want you to hear; a story a man risked his life to tell. His name is Ahmad Batebi, and quite by accident he became one of the most famous dissidents in Iran.

He says he endured years of torture in an Iranian prison, after his picture appeared on the cover of The Economist magazine. He escaped from Iran last year, and told CNN's Anderson Cooper how he did it.


To escape from Iran, Batebi was smuggled by car, and then by donkey, through mountains and minefields. He documented the dangerous journey on his cell phone camera. The men who helped him were from an underground Kurdish group and they were taking him into Iraq.

Batebi never intended to be a famous dissident. He wanted to be a photo journalist, but it was a picture of him that changed his life and almost got him killed.

In July 1999, demonstrations rocked Tehran. Outraged by a government crackdown on dissent, students took to the streets. Batebi, a film major at Tehran University joined in. When police fired into the crowd, a student standing next to Batebi was hit.

"The bullet hit the wall and ricocheted back into my friend's shoulder. I heard the bullet go by my face," Batebi remembered. "It sounded like a bumblebee going by my ear."

Trying to help, Batebi took his friend's shirt off. "To put pressure on the wound. It was bleeding. And so I tried to use his shirt to keep the blood in. Then we took him to the medical facility," he recalled.

After helping his friend, Batebi returned to the protest, and waved the bloody shirt to show what police had done. That's when a photographer took a picture of Batebi that would appear on the cover of The Economist and was seen around the world. Just days after the picture appeared, the government arrested him.

"They took me to a special prison for intelligence. And I was in solitary confinement for several months. After seven or eight months we went to court, but they didn't tell me where we were going. I was blindfolded, and I thought this was just part of my questioning. They sat me in a room and opened my blindfold," Batebi told Cooper.

That's when a judge showed him The Economist. Batebi told Cooper it was the first time he had seen the magazine.

He says the judge told him, "With this picture, you have signed your own death sentence."

"He said, 'You have defaced the face of the Islamic Republic that is a representative of God on earth. You have defaced it around the world. And therefore you have to be sentenced to death.' It took less than three minutes," Batebi recalled.

He was held in the notorious Evin Prison, on the outskirts of Tehran, which 60 Minutes could only photograph secretly from our hotel window.

Batebi says he spent 17 months in solitary confinement, trapped in a tiny cell not much bigger than a bathtub. "They kept the light on 24 hours a day. You have no information about the outside. You have no contact with the outside, and after a while you become mentally disoriented. This kind of torture doesn't affect you physically, but it does affect you mentally and emotionally."

"It can drive you crazy," Cooper remarked.

Psychological torture is one thing, physical torture another. And Batebi says there was plenty of that too.

"They kicked me in the teeth and broke them. There was a toilet that was stopped up with feces. They put my head into the toilet," he said.

Batebi told Cooper the bottom of his feet and his back were beaten with a cable, and that his testicles were beaten as well.

Asked how long this went on for, Batebi said, "This happened the whole time I was in solitary confinement. It also happened at other times."