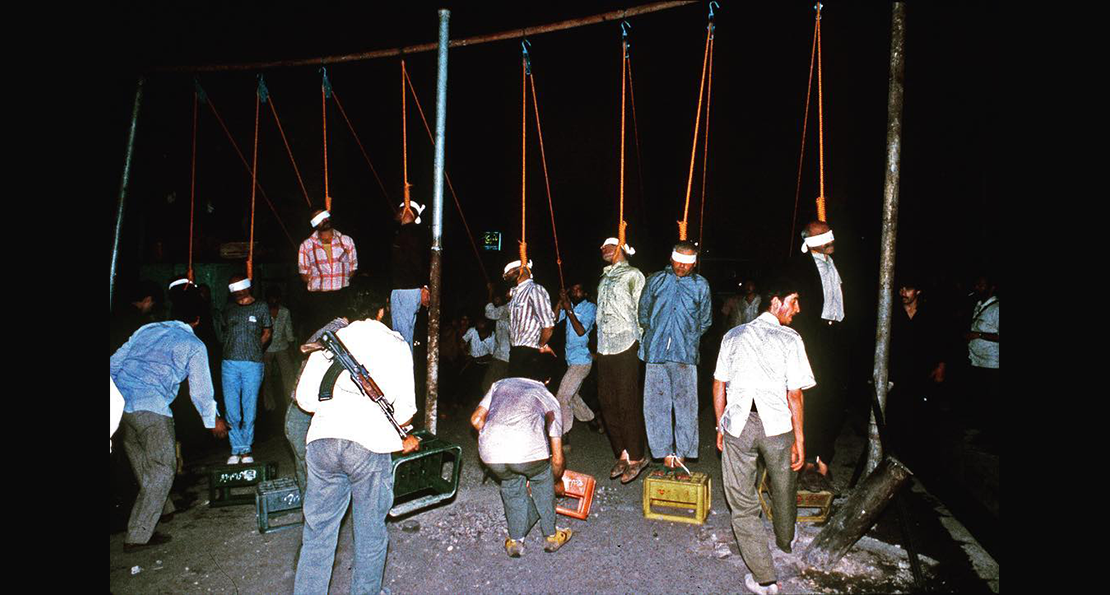 Public execution in Jamshid street, Tehran capital of Iran 1980. One of the horrific images from Iran Islamic revolution 1979 and one of the historical documents which gives next generations an idea, how the current Iran regime has been created by revolutionaries. The people who these days call themselves Principlists, Reformist or even sometimes dissident of the government.

Pro-regime social media users claimed recently, this image captured in Somalia not Iran. And opposition bold it to show a bad image from Ayatollahs in Iran.

This image has been taken by the Iranian-French photojournalist Manoocher Deghati (born 1954 in Urmia, Iran). He has written about his historical picture in his Instagram page this way: “A group of prisoners is publicly executed in Tehran in 1980, sentenced to death by Ayatollah Khalkhali. The construction on which they were supposed to hang collapsed, so the prisoners were shot dead instead.”

Deghati also in an interview with Radio Free Europe in Farsi described how he captured this moment.

“Death penalty, the most inhuman of all punishments, is still carried out in the thousands in at least 24 countries, notably in China, Iran, Saudi Arabia, Iraq, and Pakistan. Death penalty is even applied to minors (with Iran on top of that list) or people with mental disabilities. It often goes along with an unfair trial. “The death penalty is a symptom of a culture of violence, not a solution to it.”"